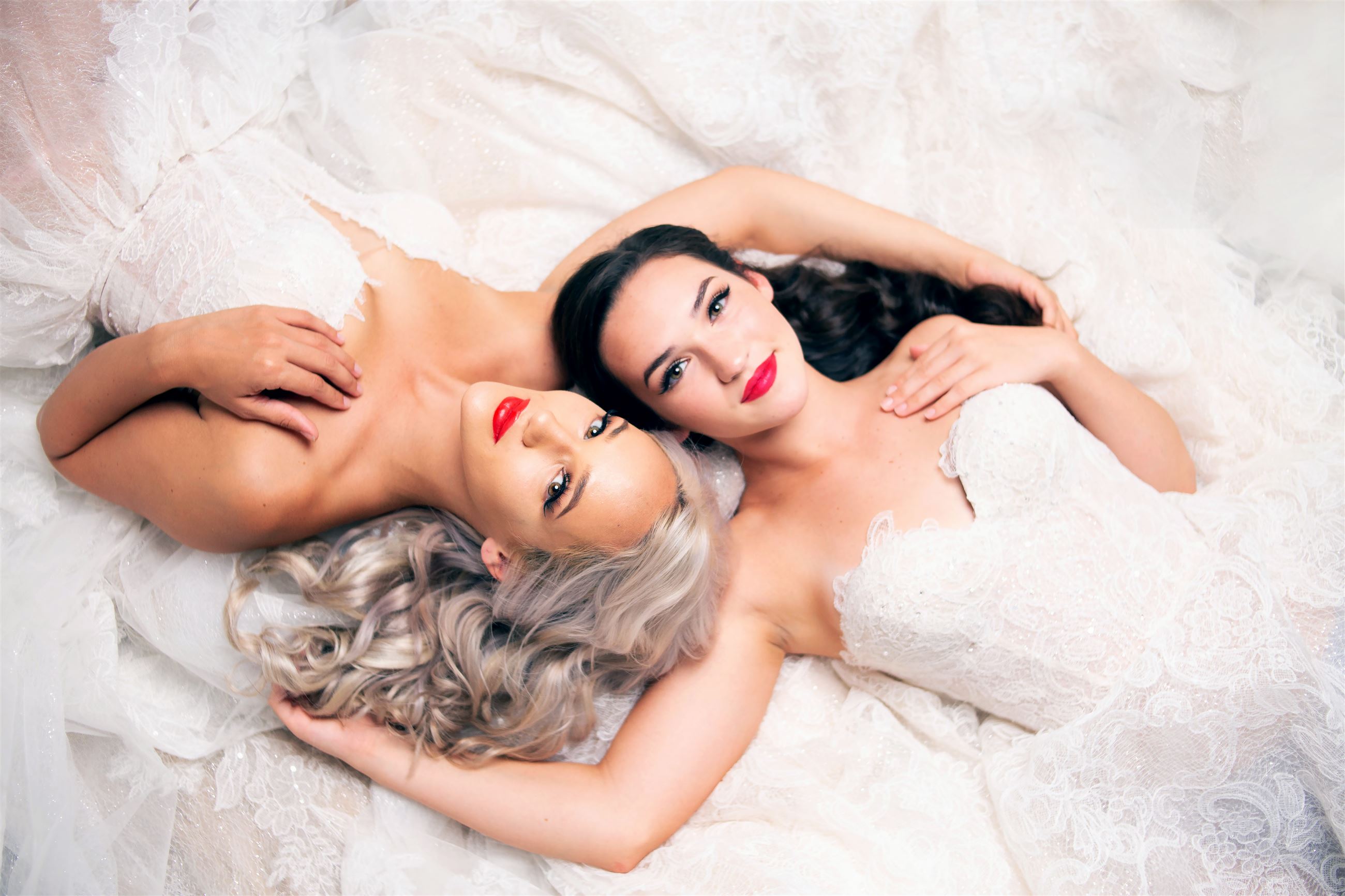 Wearing a white wedding dress has not always been the norm. Until relatively recently, rich colored gowns adorned with heavy, elegant embroidery were actually the standard among the elite. Although in the context of the present-day it may seem odd to picture a bride wearing a bold, red gown to her wedding ceremony, it would have been considered completely normal in the early 19th century. During this time, weddings amid the aristocracy were mostly about showcasing a family’s wealth, which means bridal gowns were anything but simple; the more “over-the-top”a gown was, the better it reflected on a family financially. For this reason, in 1840 when Queen Victoria married Prince Albert dressed in a simple, white satin dress, decorated only with Honiton lace, her deviation from the extravagant shocked everyone.

With the help of recent technological advances resulting from the Industrial Revolution (1760-1840), such as photography and the spread of illustrated magazines, the “white wedding dress” trend took off. In less than ten years, white became the new “it” color for all Western brides. However, the rise in popularity of the white dress may not have been for the reason you think. Although yes, white wedding gowns did eventually come to symbolize a woman’s innocence and chastity prior to her marriage, this was not what they represented at the time.

In reality, it was because the ability to purchase a white article of clothing, and keep it white, was an indication of wealth. In the UK and in most of Europe, electric washing machines and dryers did not exist nor become accessible until the mid-20th century. Before then, it was not usual for people to dress in light colored clothing because keeping such garments clean required either a lot of effort on their part or a lot of money when taken to services such as a Dry Cleaners. A bride’s ability to purchase a brand-new, white gown for her wedding ceremony, an event where it would surely get dirty, meant she and her family had the monetary resources to have it be cleaned afterwards. If not cleaned, then it meant the dress would only be worn once (for the wedding only), which was not common at the time. Usually, a bride’s wedding gown turned into her new “Sunday’s best”; therefore, the act of never wearing one’s wedding dress again would also imply a family’s high financial status. All in all, the inclination towards wearing a white wedding dress started off as a way to display status within society.

Today, although white is not the color chosen by all brides, it is the most common - especially throughout Europe and among European-inspired cultures. It may no longer stand for riches or even purity as it once did, but white continues to be considered the most fitting color for the celebration of marriage. Thanks Queen Victoria.

Are you seeking assistance in picking the perfect shade for your wedding dress? At Poised Bridal, we have a shade of white for every bride. Begin the search for the gown of your dreams by visiting our website at www.poisedbridal.com and browsing our range of beautiful designer dresses. Then, if you’re interested, you can pop into our boutique for help! Don't forget to set up an appointment.

Every Poised Bride lives Happily Ever After.

Website uses cookies to give you personalized shopping and marketing experiences. By continuing to use our site, you agree to our use of cookies. Learn more here.